• Always delivering the best in quality and design is Hong Kong based high fashion brand Shanghai Tang, who has yet again curated a masterful collection for the Autumn/Winter season. The brief visual above from a Fashion Week showcase details … END_OF_DOCUMENT_TOKEN_TO_BE_REPLACED

• Japanese imprint Curly has released a Fall/Winter 2015 lookbook that speaks directly to the modern man who works hard and plays harder. With a distinct work-wear aesthetic, the collection hons in on American craftsmanship and detailed designs. Tailored peacoats, … END_OF_DOCUMENT_TOKEN_TO_BE_REPLACED

•The classic meshing of techwear and Japanese menswear never seems to decease and ICNY and Monkey Time took much advantage of this unique fashion based chemistry. Supporting their Spring Summer 2015 collaborated capsule, the two powerhouses release just a few pieces that signify the aesthetics of Japanese menswear designs and the signature reflective elements that are supplied by ICNY. The ICNY x Monkey Time collection proposes the classic ICNY patterns embossed on all white garments and 3M silver application atop achromatic canvases. The collection makes for a great lookbook which is one reason we support the movement.

• Hailing from Germany is renown sneaker store Afew, which recently collaborated with athletic sneaker brand ASICS for a new iteration of their ever popular Gel Lyte 3 retro running shoe. Afew’s hometown of Dusseldorf, has a proven Japanese based community (second largest after Japan) and to pay homage to the history installed in this community, Afew drew inspiration from the infamous Japanese koi carp. The Afew x ASICS Gel Lyte III “Koi” is presented in a special wooden box, inspired by a classic Japanese Bento Box, and includes two extra pairs of specially designed laces (wasabi and soy sauce!), a white dust-bag and some Afew x ASICS chopsticks. Stay tune for the whole package will be released on Japan Day 2015 (May 30), and comes with a handy booklet explaining the full story behind the celebration.

• Two street wear Icons, who have inhabited the same industry for some years, have finally collaborated on a summer series. Married to the Mob and the original gorilla brand XLARGE® have both been around for over a decade, but have teamed up to present a full kit of statement pieces for the self-empowered woman. As one of the original streetwear brands in Los Angeles, XLARGE® has built a Japanese streetwear cult following due to it’s deep roots in hip-hop and downtown culture from the 90’s, which also earned early support from the Beastie Boys. Years later, Married to the Mob came up on the East Coast as one of the first streetwear brands designed by women for women, instilling the same reckless attitude and bold values. The womenswear capsule collection features a bright red form-fitting one-piece bathing suit with iconic XLARGE® gorilla print, a custom MTTM lips camo print bucket hat and matching nylon coaches jacket with adjustable drawstrings, elastic cuffs and comfortable jersey lining.

The Married to the Mob x XLARGE® collection launches today at MTTMNYC.com.

ENJOY THE LOOKBOOK BELOW!!

END_OF_DOCUMENT_TOKEN_TO_BE_REPLACED 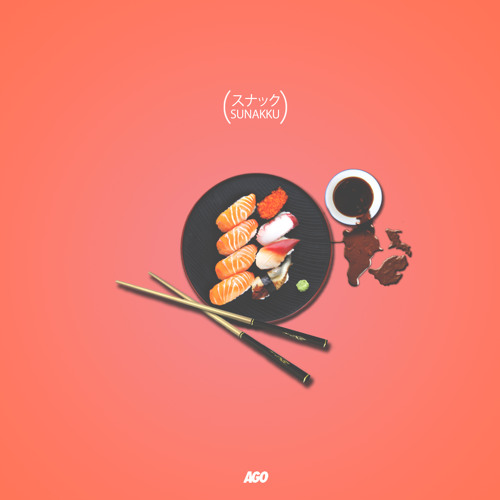 • In our personal opinion, Sango is producer of the year, Waldo is in the XXL Freshman 2015 and A.G.O is team of the year. As we continue to support our Grand Rapid, Michigan family we are excited to present the most recent track from Co-founder of AGO and rapper/vocalist/producer Joose The Conqueror  dubbed “Sunakku“. Sunakku which is Japanese for ‘snack’ plays perfect to this playful Marcus Yates produced track. END_OF_DOCUMENT_TOKEN_TO_BE_REPLACED

• In 2008, MMVIII had their early start with simple t-shirt designs, but they have grown substantially past this into a full streetwear brand. Since this transition, MMVIII has only witness great growth and acceptance into the fashion realm. Today, they have earned the GoodGarbs Tuesday Discovery.

For Spring/Summer 2015, the Vancouver-based brand has unveiled a highly focused collection of casual staples inspired by the current Heisei era in Japan. The range of hoodies, tees, and sportswear-inspired pants is dominated by the color black. Geometric graphics, pops of orange, and a trippy stripe motif add a little flavor to the line, but not so much that it loses the minimalist appeal we’ve seen in the past. END_OF_DOCUMENT_TOKEN_TO_BE_REPLACED

• KITH reprises its relationship with Japanese clothier Ones Stroke to release a gamut of selvedge denim-based product. Relying on the highest grade Japanese selvedge denim, KITH presents multiple washes and finishes in both tops and bottoms for a fully rounded collection. In addition, KITH will also release four colorways of the KITH Classics Astor MA-1 Jacket in time for the spring season. This LookBook was Photographed by Nolen Persons and styled by  Mellany Sanchez. It also features New York Giant Victor Cruz and model Jonah Levine. END_OF_DOCUMENT_TOKEN_TO_BE_REPLACED

• Japanese label 45RPM today released the lookbook of its new Spring / Summer 2015 women and men. The brand continues to reinterpret the classic American style while applying the Japan inspired technique. Each piece is produced in Japan in the … END_OF_DOCUMENT_TOKEN_TO_BE_REPLACED

• To start the new year off, Japanese brand Nanamica has released a visual collection for their 2015 Spring/Summer capsule. The first pieces of the new collection all recieved a colorscheme and styling unlike past releases. Their proposition features five … END_OF_DOCUMENT_TOKEN_TO_BE_REPLACED