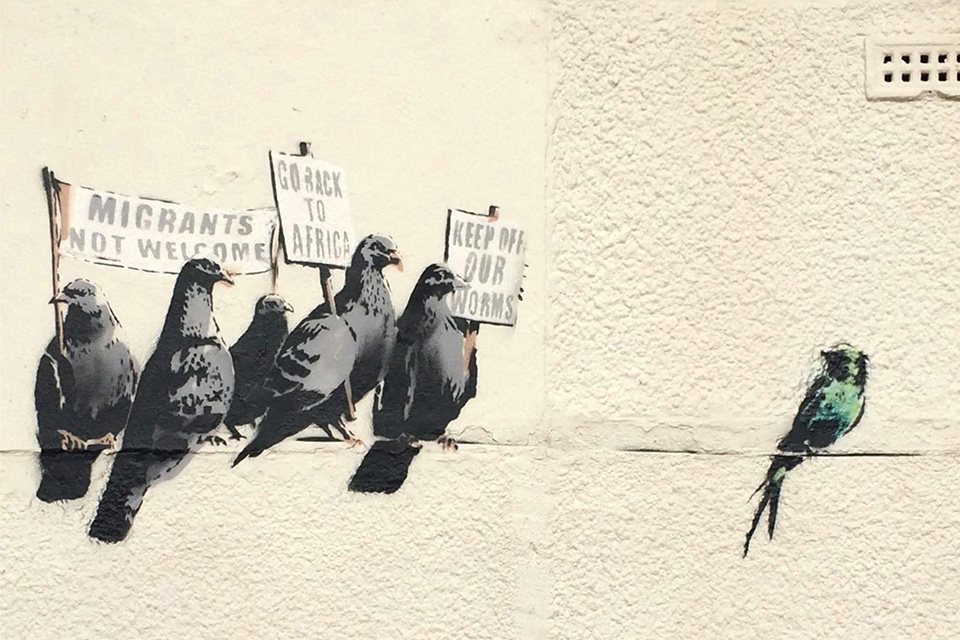 • Banksy is back with two more pieces published on his official website. The first we’ve dubbed Birds of a Feather and it appears in Clacton-on-Sea (a district in Essex, England). The scene includes a mob of xenophobic pigeons rallying against a colorful bird from Africa. Featuring the street artist’s signature sense of humor, the stenciled flock carry picket signs against the southern bird’s presence, perhaps referencing the recent ebola outbreak which began in West Africa and the impending local elections. The second piece, meanwhile, continues Banksy’s belief of street art’s relevancy in the fine art world as an aging woman observes a work that has since been removed. The Bristol artist titled the work himself and jokingly included it as part of the Folkestone Triennial.