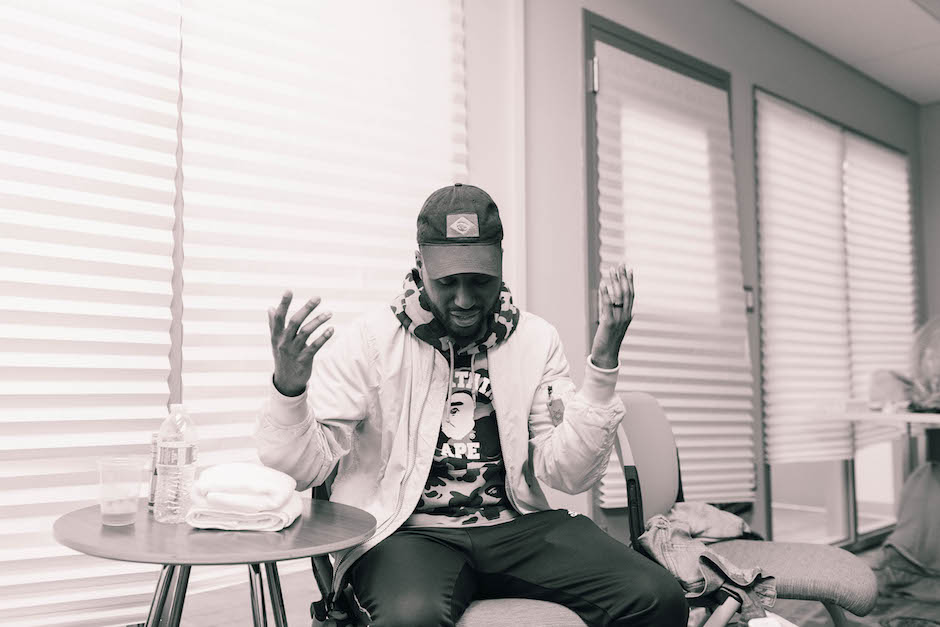 • Whenever Soulection/AGO’s Sango releases ANYTHING, we consider that him “Saving Souls” cause from the minute you press play, a spirit of Calm & Rejoice overcomes you & musical blissness begins. Sango is in his ‘glow-up’ stage as he prepares an official debut album, is currently on a UK tour and still seems to have energy to co-direct short films. Without being bias, this extremely anticipated album is expected to be one amazing experience filled with culture, religion, passion and outstanding production from the Seattle based composer.

ITCO/In The Comfort Of is a collection of production that has been worked on for years met with talents from across the globe. Recently, Sango unveiled the album’s Tracklist that was star-studded but yet maintained the Indie/Undergroud aesthetic we have come to love from Sango. AGO family is plastered on the project with production help & vocal assistance on several tracks. Teammates like Waldo, Joose, The SEVENth & Savon all make the cut for this album. Other artistic quos added come from talents like Soulection’s Smino, crooner Jesse Boykins III, Naji, JMSN, and many more.

To maintain momentum, Sango has consistently unveiled bits and pieces of this project and also handing out remixes to leading tracks today. He began his rollout with his short “South End” debuting music from the album while telling an uplifting story about faith & religion. He followed this up with the official video release of “Sweet Holy Honey” featuring his longtime collaborator and friend Xavier Omar. This was more a cinematic music video again giving light of the love of The Lord and the appreciation of life. Early this morning, Sango remixed two highly listened to records today. Drake’s “God’s Plan” & upcoming Marvel movie Black Panther’s album record “BIGSHOT” by Kendrick Lamar & Travis Scott both receive a Brazilian street music make-over.

The AGO head-honcho & Soulection’s signature star is preparing us for the Spring/Summer takeover and we are gracefully waiting. Stay Tuned For More With Sango.