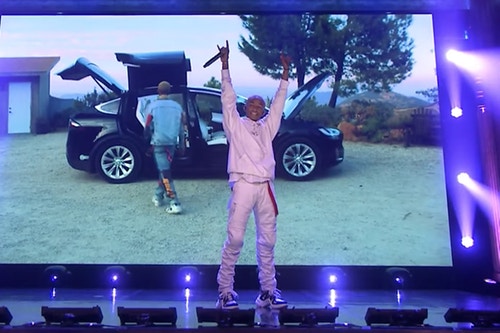 The self-proclaimed ICON lived up to the hype yesterday as Jaden Smith aka SYRE hit the stage at the Jimmy Fallon Show live in New York. Son to the Fresh Prince, Jaden is making his statement clear that he is more than your typical artist but an overall ICON and his performance on stage of the Fallon Show was just that. In front of his extremely popular ‘ICON‘ music video, Jaden performs the track solo with a simple voice-over of himself.

The young Icon also dropped a short freestyle and announced an official Remix to ‘ICON’ was set to release later this month.