•  Queen’n (To Embrace The Queen That Lives Within) is a trait both YesJulz & Shake must share and admire about one another as they lead their markets and break down boarders of what women will accomplish in 2016. It appears we have stumbled across this generation’s P. Diddy & Biggie duo but with much more appeal and a heat-seeking missile social media marketing approach. This reference comes from a recent YesJulz rant as she built the anticipation for yesterday’s music release from 070’s own Shake. In her tweets, Julz pointed out the history of Diddy and how he manage to start his career as a party promoter and became one of music’s most influential spokesperson. Julz seems to be reaching for similar heights as she continues to debut new music from growing artist on her routine #NewMusicMonday releases. One particular artist that she has taken under her wing is New Jersey’s own Shake070, whom if you stalk timeline’s like we do, you would have seen all over YesJulz IG & Twitter. The duo seems to be impressing listeners and followers, because the new track is already passing 20k listens and is popping up everywhere. Living, Partying, Traveling but most importantly #NeverNotWorking, these two are creating an exciting 2016.

He found Biggie and it was a wrap.

I just found my Biggie. Y'all ain't ready lol

Days after these tweets, Shake proudly presents “Trust Nobody“, a song that timeline lookers have been waiting on and aggressively requesting. Julz, in true Diddy form, announces the release and fans went chancing. The dark production from 070 homies J. Sebastian & EtherPHX receive that lyrical Shake we have come to know. She delivers a heart-felt message about her growth and antisocial attitude towards all fake friends she has and will encounter. In an industry that demands but doesn’t warrant trust, Shake seems equipped with the talent, attitude and surroundings to make it far. One safe bet is that Julz is in her corner and is endorsing her sound at every chance.

As a true friend, Shake waits to release the track until the birthday weekend of her proclaimed brother/best friend Ralphy River. Ralphy has been featured on this site before as a model for twin designers The Lucid Twins for brand Lucid FC. As a member of 070, Ralphy supports his Jersey family and Tonight in Jersey City, New Jersey  you can party with memebrs of the 070 squad. Happy Bornday Ralphy!

ENJOY “TRUST NOBODY” BY SHAKE070 & SOME RECENT PHOTOS BELOW! 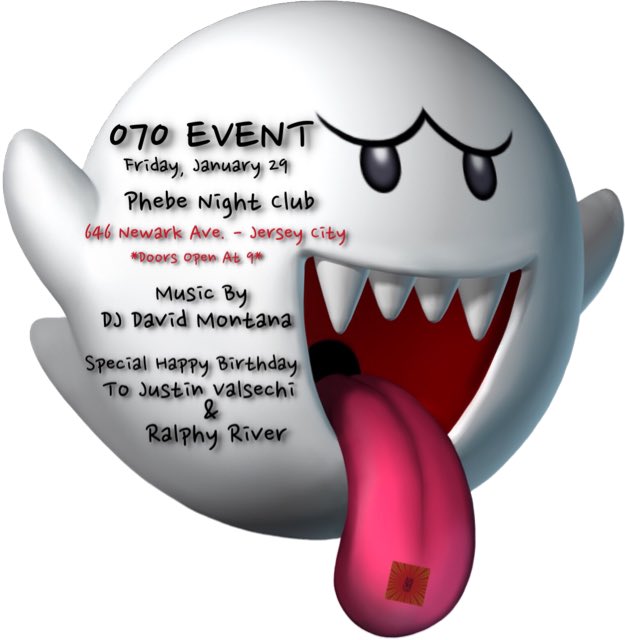