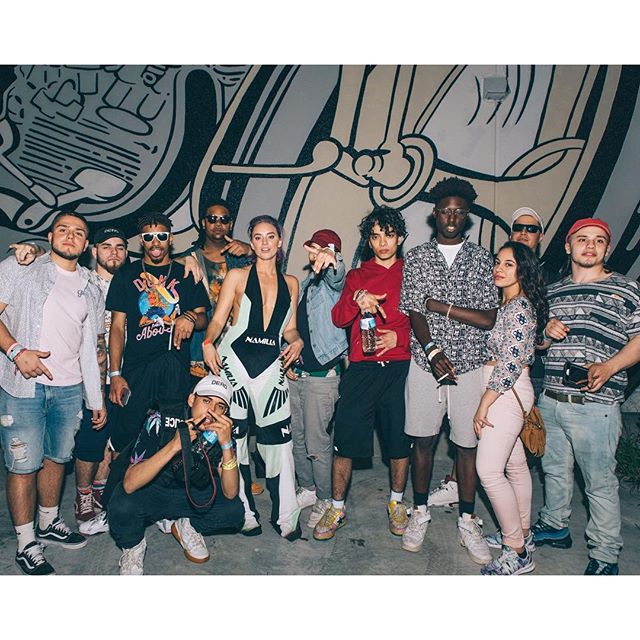 • At the beginning of 2016, we mentioned an incredible group of talent reigning from the great state on New Jersey (our home-base), by the name of 070 Project. Lead by vocal sensation Shake, the conglomerate of talent has decided to leave 2016 with a compilation project that features the entire squad.

Ralphy, Phi, Sebastian, Tree and The Kompetition all hop on the 1AM Radio supported EP titled “The 070 Project: Chapter 1”. The official mother-figure to the group is our good friend YesJulz, whom has been breast-feeding and burping (figurtively speaking) this experience to life. Early in the year we exclaimed how this collection of artist with the support of the media juggernaut was coming to change the face of music. 2016 has been a whirl-wind of changes for the unit and those changes seem to only be for the good.

Starting 2016 out as just becoming acquaintances, YesJulz and the 070 team have grown substantially from their first social interactions at SXSW to now having full-blown concerts and openings for major artist like The 1975. YesJulz has even turned the YesJulz Agency into it’s own radio station when she decided to join with growing independent Disc Jockey Platform titled Dash Radio. Looking into what 2017 may hold, we can only expect more from the YesJulz empire as well as the highly anticipated Shake album that is rumored to drop Jan. 13th (Friday The 13th … Spooky we know).