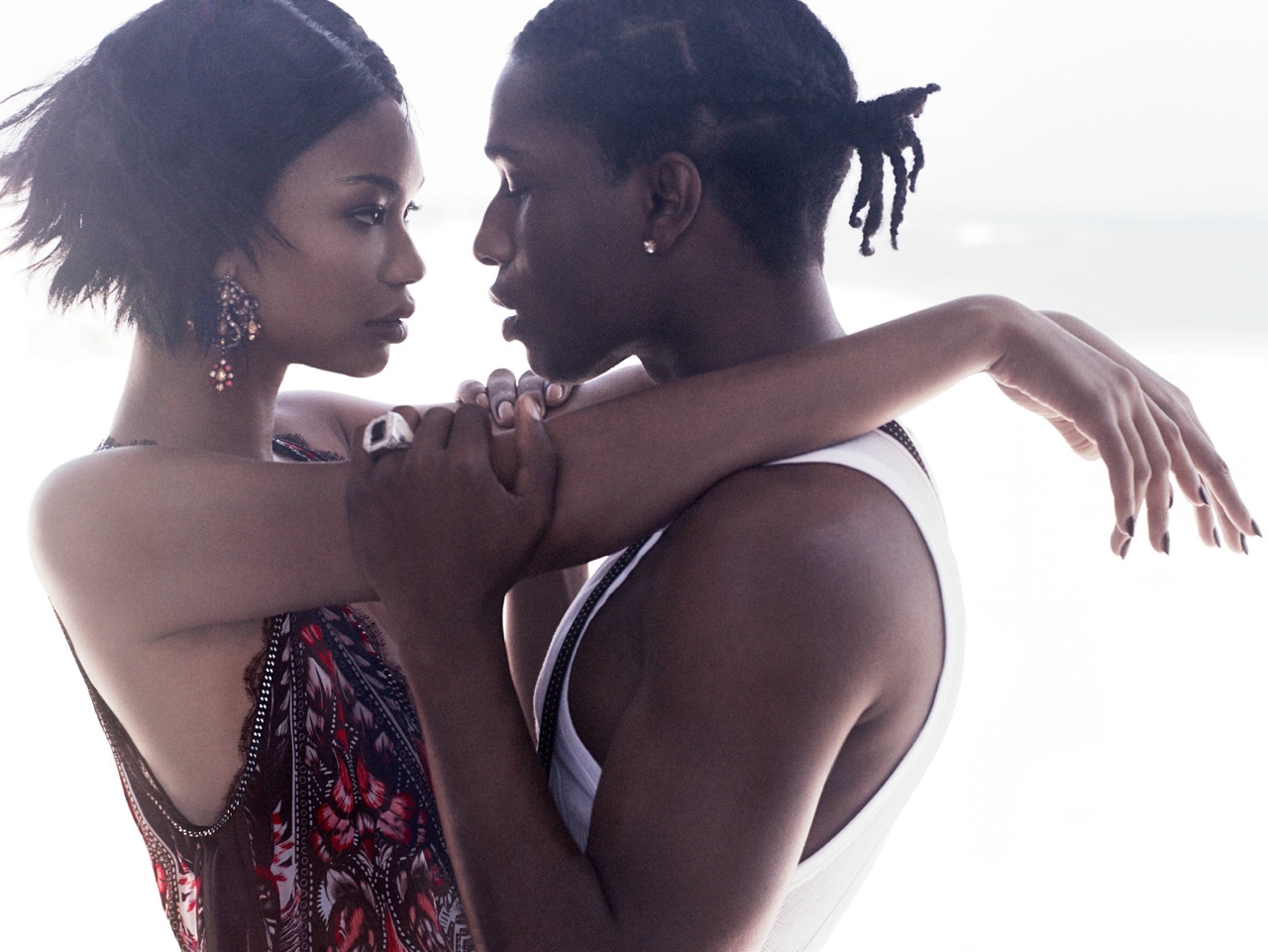 •The fashion forward couple A$AP Rocky and Chanel Iman star in a Dirty Dancing-inspired shoot by Mikael Jansson for the September 2014 issue of Vogue. Meshed together, the stylish power couple shows off a number of this season’s sartorial offerings from designers and boutiques like Michael Kors, Givenchy, Valentino and Oscar de la Renta. With the intent to capture several classic dances, some included the Cha-Cha, the Hustle and the Jitterbug. Look for the spread in the American magazine’s latest issue on newsstands now.