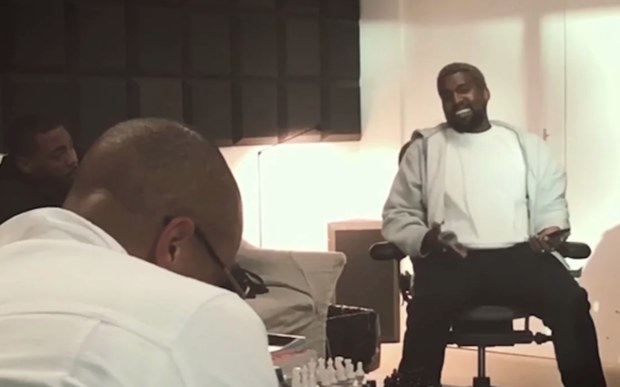 Many of Kanye West fans have recently found reason to jump the Ye Ship with his recent social media actions. To bring those of you with no recent media culture up to date, Kanye West recently went on a social media tangent about his latest goal of spreading his ‘LOVE EVERYONE‘ campaign. As T.I. put it in the brief ‘behind the making of’ video above, “Your Intentions Are Pure, But The Route You Took…”. Kanye made a historical stir-up with his choices to share love with current U.S. President Donald J. Trump. Adding fuel to a very visible fire, Kanye took to twitter wearing the renown ‘MAGA (Make America Great Again)‘ cap which lead to many fan & friend unfollows.

Shortly after being crucified yet again, Ye released a response record which seems to have been thoroughly thought out. Titled ‘Ye vs The People‘, this record allows Kanye to share his reasoning while T.I. plays the people’s advocate and shares familiar thoughts. The back and forth of this record helps give way to the Ye vision which he operates under. T.I., the astute individual he is, makes great arguments to why Kanye’s recent choices are brash, scary and to some hurtful. Listening to the record, You can hear the happiness that Ye is looking to share, and his intent does seem very pure. I believe we all must enjoy this experience for what it is.. Another Kanye moment.

Sonically, this is just another sample heavy hit record from our favorite Chicago producer.. Kanye West! The genius that is Kanye musically remains the same as we watch him direct the record to completion. He knew how he wanted the music to be recieved, even before recording it, which let’s us know Kanye is still that same College Dropout who spoke on how ‘Jesus Walks’.

Watch Kanye & T.I. Create ‘Ye vs. The People’ Above & Listen To The Record Below!